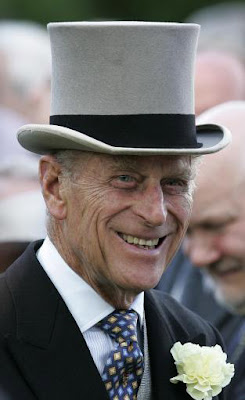 The god of gaffes, Prince Philip can always be relied on to put his foot firmly in his mouth at the most inopportune of moments.
The gleeful acts of gaucherie he habitually commits while going about his official duties are rivalled only by those of the blooper-prone US president.
During a state visit to China in 1986, the royal rapscallion famously told a group of British students: "If you stay here much longer, you'll all be slitty-eyed". And speaking to a driving instructor in Scotland, he once asked: "How do you keep the natives off the booze long enough to get them through the test?"
In this gallery of gaffes, to celebrate the Queen and Prince Philip’s diamond wedding anniversary, MSN UK News brings you the Duke of Edinburgh’s most hilarious howlers.