Both Al Gore and Rajendra Pachauri claimed that the Norwegian Nobel Committee's decision to award them this year's Nobel Peace Prize hasitself helped raise awareness of the need to halt climate change. 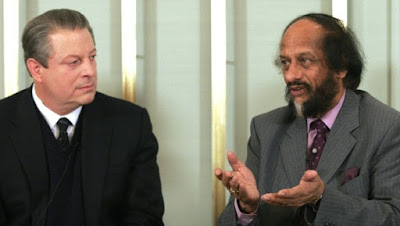 Al Gore and Rajendra Pachauri visited the Nobel Institute in Oslo on Sunday
Both prize winners finally got together in Oslo on Sunday, thanked the Norwegian Nobel Committee, and praised its decision to award what many consider to be a "Nobel for the environment."